I hope all my readers had a good Christmas and I wish them a happy and prosperous New Year,

A hot topic for the New Year is likely to be the legal protection of inventions, artistic and literary works, designs and other intellectual assets that are created by machines.  Three of the papers of the Life Science IP Conference which was held at at the Millennium Gloucester Hotel on 26 and 27 Nov 2019 addressed the topic as did two of the papers at the International Copyright Law Conference which was held in London a few days later.  Francis Gurry, the Director-General of the World Intellectual Property Organization (the UN specialist agency for IP) discussed the subject in an interview entitled Intellectual property in a data-driven world which appeared in the October issue of the WIPO Magazine.

This is not a new subject.  I can remember articles and conference papers on the topic for as long as I have been at the Bar.   It was addressed by Parliament as long ago as the late 1980s in that s.9 (3) of the Copyright, Designs and Patents Act 1988 provides:

"In the case of a literary, dramatic, musical or artistic work which is computer-generated, the author shall be taken to be the person by whom the arrangements necessary for the creation of the work are undertaken."

What is new is that we now have technologies that appear to be capable of creating works of art and inventions.

At the International Copyright Law Conference, delegates were shown a film trailer that had been created by a machine that had taught itself how to make trailers by studying films and trailers that had been made by human beings.   As far as I could tell, it was just as good as any trailer that had been made by film and marketing professionals. According to a press release of 20 Dec 2019, the European Patent Office has refused two European patent applications in which a machine was designated as the inventor (see EPO refuses DABUS patent applications designating a machine inventor 20 Dec 2019).  The press release adds:

"After hearing the arguments of the applicant in non-public oral proceedings on 25 November the EPO refused EP 18 275 163 and EP 18 275 174 on the grounds that they do not meet the requirement of the EPC that an inventor designated in the application has to be a human being, not a machine. A reasoned decision may be expected in January 2020." 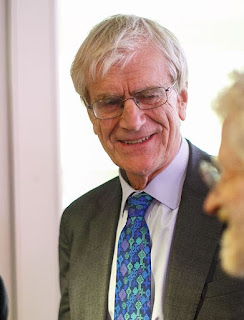 The Lambert Toolkit is a set of precedents (templates) and notes to help universities and business owners draft agreements to decide who should benefit from any technological developments or innovation that might result from research or other work that universities carry out for business.  They are named after Sir Richard Lambert,  a former Director-General of the Confederation of British Industry, member of the Monetary Policy Committee of the Bank of England and editor of the Financial Times.  I had very little to do with the toolkit though I did attend a meeting chaired by Sir Richard and contributed to the drafting of one of the clauses of at least one of the draft agreements.

Although the draft agreements are not compulsory they do save time and money and minimize the risk of disputes between universities and businesses.  They grew out of a Review of Business-University Collaboration which a committee chaired by Sir Richard compiled in 2001. They have been widely accep…
Read more

As I noted in The Trade Secrets Directive7 July 2016 NIPC Law, Directive (EU) 2016/943 of the European Parliament and of the Council of 8 June 2016 on the protection of undisclosed know-how and business information (trade secrets) against their unlawful acquisition, use and disclosure has to be transposed into national law by 9 June 2018. The Intellectual Property Office has published draft regulations that appear in Annex A of a consultation document on draft regulations concerning draft secrets.  These regulations are likely ti be called "The Trade Secrets (Enforcement, etc.) Regulations 2018."

A news story dated 19 Feb 2018 explains that the government is canvassing views on those draft regulations and has posed the following questions: 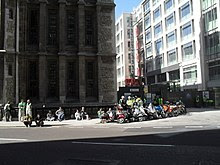