Showing posts from September, 2013
Show All

Microsoft Xbox One: Regulatory puzzles in a converging marketplace

September 14, 2013
On Thursday, 12 September 2013, the Royal Television Society's Cambridge Conference heard Nancy Tellem, Microsoft's Entertainment & Digital Media President, explain the thinking behind the Microsoft Xbox One console, due for release on 22 November 2013. Xbox One is a "state of the art gaming console, a new generation TV and movie system, and a whole lot more". Gaming, internet browsing, Skype telephony and watching films and television all take place through a single set-top box. Users can rapidly switch between uses or enjoy them simultaneously, using vocal or gestural controls.

When I asked Nancy Tellem, who started her career as an attorney, where she expected Xbox One to be regulated, and whether as television or video game or both, she engagingly confessed that she "would have to get back to me".
As the European Commission observed in its April 2013 Green Paper on convergence in audiovisual services, we are experiencing an "on-going transforma…
Post a Comment
Read more 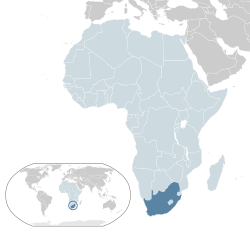 One of our most distinguished members is Professor Louis Harms. Professor Harms was until recently the Deputy President of the Supreme Court of Appeal of South Africa which is the highest court of that country for all but constitutional matters. He is a distinguished intellectual property lawyer and holds professorships at several universities. His career is summarized in "A Singular Colleague",  an article that appeared in the December 2011 edition of the Advocate published by the South African Bar Council.

Having retired from the South African Supreme Court, Professor Harms practises as an arbitrator and he heads a panel of specialist intellectual property arbitrators and mediators from these chambers which I shall discuss in a future article.  He will be in chambers on the 25 Sept and has kindly offered to give a special lecture entitled "The principle of self-interest rightly understood' to an invited audience.  I shall also review that talk in this…
2 comments
Read more
More posts