Showing posts from January, 2017
Show All

Essentially, there are two ways of resolving any kind of dispute:
the parties can agree to settle; or a third party, such as a judge, arbitrator or hearing officer, imposes a settlement on them.  They are not mutually exclusive. Some issues in a dispute may be settled by one method while other issues may be settled by another.

An English Speaking Commercial Court in the Netherlands 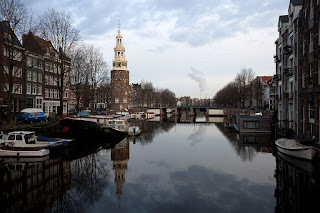 In Paper 2 of the Brexit papersAccess to the EU legal services market The Bar Council Brexit Working Group reminded us that "the UK legal services market is a significant revenue generator for the Exchequer, worth £25.7 billion in total, employing approximately 370,000 people. Much of its work comes from overseas:

"In 2015, of the 1,100 cases registered at the Commercial Court, more than two-thirds had one non-UK based party to proceedings."

That would probably be true of the Patents Court where the world's leading pharmaceutical and consumer electronics companies settle their disputes and to a large extent the Intellectual Property Enterprise Court. Net exports of legal services generated an estimated £3.3 billion in 2015.

There have been four important developments since I delivered IP Planning for Brexitto an invited audience of specialist solicitors and patent and trade mark attorneys in chambers on 7 Dec 2016.

First, the Bar Council published a set of papers that had been contributed by the specialist bar associations on the legal issues arising from Brexit and coordinated by Hugh Mercer QC's Brexit working group under the title The Brexit Papers.  In a foreword, the Chair of the Bar explained that the purpose of those papers was

"to help the Government evaluate a range of pressing public interest concerns arising from the UK’s decision to withdraw from the EU. These include such matters as cross-country co-operation for the speedy arrest of suspects, child protection across the EU, ensuring firms of all sizes can compete and trade profitably, managing changes to intellectual property law so that our creative industries can flourish, and maintaining current levels of consumer pr…
Post a Comment
Read more
More posts