Marks & Spencer's claim against Aldi over its Cuthbert the Caterpillar cake has attracted the interest of the general public (see M&S begins legal action against Aldi over Colin the Caterpillar cake 16 April 2021 BBC website).  Within a few hours, I had received emails about the claim from a colleague in chambers, my senior clerk and the winner of a TV cooking contest.

Checking Linkedin the next morning, I saw that the leading Welsh IP solicitor Jonty Gordon had posted:
"Well i chdi wylio newyddion Cymraeg bore ma felly" ("Gotta watch the Welsh language news this morning").
And the Director of the Menai Science Park Pryderi ap Rhisiart wrote:
"Colin vs Cuthbert
Edrych mlaen i drafod yr achos yma gyda Jane Lambert a Jonty Gordon - solicitor y tro nesa welai nhw!
Look forward to discussing this case with Jane and Jonty the next time I see them!"
Had this story broken at the start of this month, I would not have had to rack my brain to devise a tall story about Prince Madoc's inventing the magnetic compass while crossing the Atlantic for which he was granted the world's first patent by the appreciative indigenous American tribes who welcomed the Welsh as did the native Patagonians many years later as my 2021 entry in the annual IP bloggers' ffwl Ebrill stakes.
Despite the public interest in the action, I am reluctant to say much about the caterpillar cake case at this stage for two reasons.  The first is that as a matter of policy I don't comment on a case until there has been a judgment.  It doesn't have to be a final judgment.  An interim injunction or a strikeout under CPR 3.4 will do. The second reason is that my good friend and colleague, Elizabeth Nicholls, is following this case and she is much better informed about it than I am.  She hopes to attend the Menai Science Park's World IP Day celebrations on 26 April and maybe say a word or two about the cake case if Jonty is also there and we have enough time at the end.

All I will say about the Colin, Cuthbert imbroglio is that trade mark and passing off litigation over cakes and pastries rarely works in the end regardless of the judicial determination.   I am thinking particularly of the action between the Hotel Sacher and Demel's café over the right to call their confection the original "Sachertorte".   According to Wikipedia, Demel conceded the right to call its cake  "The Original Sachertorte" but Demel was allowed to continue supplying "Eduard-Sacher-Torte" which I personally prefer.

The reason why that litigation was futile is that Sacher cakes are made the world over.   There is a national Sachertorte festival in the USA on 5 Dec of each year.  The world's best Sacher cakes in my humble opinion are made by Bettys of Harrogate which irredentist compatriots of Pryderi, Jonty and Elizabeth might reclaim as Harrogate was once part of the Hen Ogledd.  It is worth mentioning that Bettys sometimes finds itself in trade mark disputes and it doesn't always win (see FAT BETTY trade mark, Bettys & Taylor Group Ltd v Cheese & Co. BL O/163/09 16 June 2009).
Anyone wanting to discuss this article or trade marks generally may call me on 020 7404 5252 during office hours or send me a message through my contact form.
Aldi BBC Bettys Caterpillar Colin Cuthbert Demel Elizabeth Nicholls FAT BETTY Harrogate Hotel Sacher Jonty Gordon Marks & Spencer passing off Pryderi ap Phisiart Sachertorte trade mark 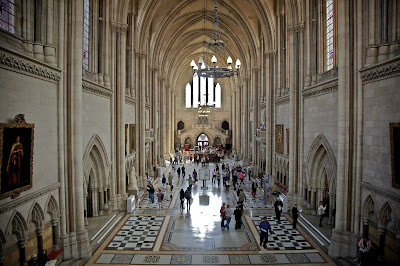 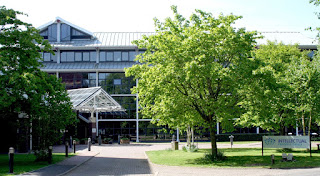