It is often said that intellectual property is crucial to the efficient functioning of modern economies but there is much less research to support that assertion than might be supposed.  However, some valuable research on the topic has recently been undertaken by the European Patent Office ("EPO") and the European Union Intellectual Property Office ("EUIPO"),

In September 2013, those institutions published a joint report entitled Intellectual property rights intensive industries: contribution to economic performance and employment in the European Union.  The EPO and EUIPO published an updated report in October 2016 and they have now published their third report.

The report identifies 353 IP intensive industries in the EU which employ directly 63 million people and make work for another 21 million in businesses that supply those industries.  Those same industries generated output worth €6.6 trillion between 2014 and 2016 which amounted to 45% of the EU's GDP. The study noticed that IP intensive industries paid significantly higher wages than other employers. Particularly significant has been the growth of businesses in climate change mitigation technologies and fourth industrial revolution accounting for 2.5% and 1,9% of employment respectively and 4.7% and 3.8% of GDP.

There is a lot of useful reference data and statistics in the third report.  For instance, Table 36: IPR records filings by country of origin in all industries between 2014 and 2016.  It ranks the UK as #4 in European patent filings, #2 in EU trade marks and #3 in registered Community designs.

Anyone wishing to discuss this article or the topic generally should call me on +44 (0)20 7404 5252 during London office hours or send me a message through my contact page,
2013 2016 2019 economy employment EPO EUIPO GDP industries intensive IPR joint report 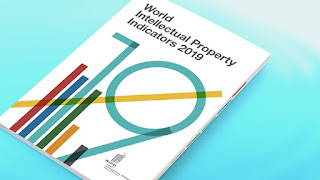 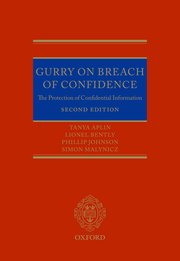